On the 19th of August,  I will be a guest soloist with the Band of Liberation, conducted by Simon Dubbelaar, at the Belgium International Tattoo Memorial, The long road to Passchendaele.  Last month,   I sang with the band for a Veterans concert in Gouda, alongside my friend and talented mezzo soprano, Emma Brown.  It was a wonderful experience and a sun shiny day.  Looking forward to performing with them once again. This time I will be singing “Going Home & I’m Dreaming of Home”. 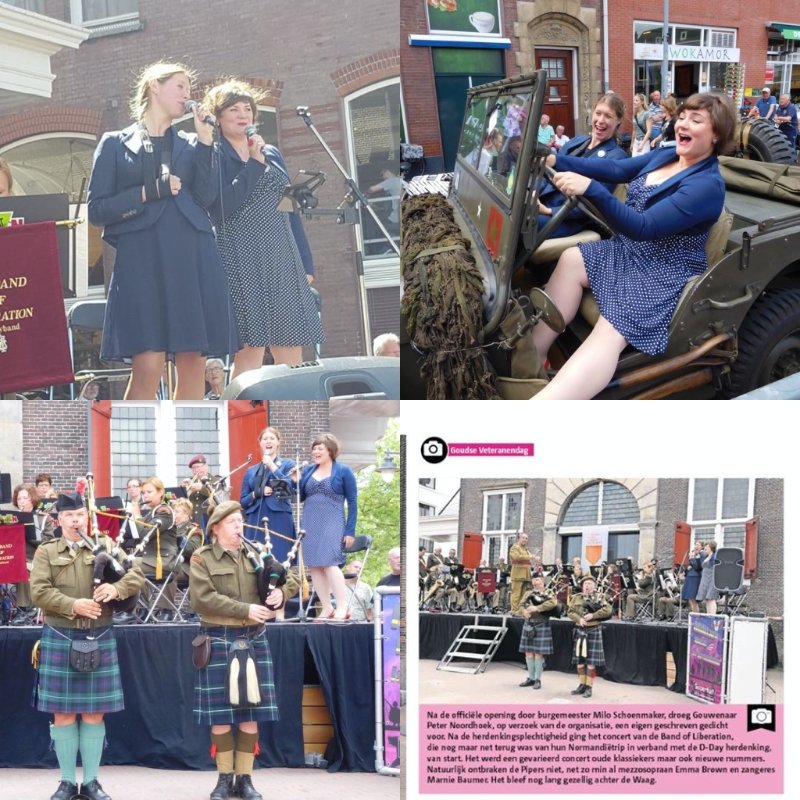 Home has been a recent theme for me.  In my last blog I wrote about traveling back home to America to be with my mother who had open heart surgery.  She is recovering well and I cannot wait to be back with her in the fall for my nieces wedding.  I’m now finding my rhythm again since being back in the Netherlands.  It felt like things were standing still  – on hold.   However, I realize  that as I have been standing still, projects that I have worked on have quite the momentum at the moment!

Alberta, the film has been selected for the Regional International Film Festival and Awards (RIFFA) in Canada as one of the international feature films.  August 16-19.

Pathé – Maak Het Groots, commercial film has won a Bronze LAMP Award at the ACDN Awards and was re-released in the movie theatres in the Netherlands and is now showing for first time in Switzerland.

Geen Noot is Onschuldig, radio play on Avortros Radio 4 has been airing and online since mid April.  I voice the role of Ivy Frasier, love interest of Frieda Belinfante, played by Jacqueline Blom.

NeuroGen, the new virtual reality ride at Walibi theme park, has been creating alot of buzz and excitement. I did the ADR voice for the lead role of Lucy!

As my good friend & graphic designer, Alies de Groot says, “Standing still also means something”. It’s time to reflect, to look forward and especially to be present.  Things have been put into play and the momentum is happening all around.  I’m glad I got to stand still and be grateful for both the personal and professional aspects of my life.

Wishing you all a wonderful rest of the summer.

PrevPreviousMy Heart Will Go On….
NextInternational and at homeNext